Facebook is quickly becoming a video first platform. In fact, in lab testing, the social media platform found that participants gaze five times longer at video content than at static content in their newsfeed. That statistic alone makes it obvious that if you want success on social media, you have to start posting videos. But you need to think strategically before you press record. Learn from these common mistakes to save you time and money when creating a Facebook video.

Did you know the endless scroll of social media is harder to resist than cigarettes and alcohol? There’s a good reason for this. Scrolling and searching triggers our brain to produce dopamine, which is the information seeking hormone. That’s why it’s easy for some people to spend hours on Facebook- scrolling is literally addictive. If you want to jar someone out of the hypnotic call of the scrolling feed, your video better be interesting from the start.

If you were creating a narrative for television, or a video to show potential clients in your conference room, you might create a more complicated story arc that eases your viewers into the main idea of your video. But for Facebook? The complete opposite applies. The start of the video needs to have your most powerful soundbite or your most interesting visual right up front.

If putting your best at the start makes your audience ask the question, “Wait, what’s going on?” all the better! Answer that question at second 10. They’ll stick around to find out.

According to Facebook’s stats, over 65% of video watched on Facebook was watched on a mobile device. So, it’s obvious that you really need to consider the user experience of your video on mobile for your video to have any sort of success.

What does that mean? First of all, it means that audio is user initiated. People may be browsing Facebook on their lunch in the office, or in a crowded cafe. They’re not going to dig through their bag and grab their earphones just to watch your video. Instead of relying on your user to be interested enough to watch with audio, add captions to your video. That will make sure they’ll watch- and understand what’s going on without the sound.

The second consideration for mobile video is its format. With Facebook, square and horizontal formats work best. Vertical video is still posted in a rectangular player, making the resulting video small and hard to watch in the feed.

Facebook is all about showing others what you care about and what you’re interested in. In a way, when people share something, they’re adding that content to their self-image. Your video needs to speak to your audience in a way that makes them want to associate with it.

Another technique to making a sharable video is to make something especially emotional. People love to come to Facebook to laugh or cry, and they want everyone else to join in. This may be hard, depending on your business, but see how creative you can be with it.

Maybe start with something inspirational, like your company values. Cricket Wireless partnered with Green Buzz Agency and Upworthy to create this Facebook video- and it got over 17M organic views. It sticks to one of Cricket’s brand values- Random Acts of Kindness. By staying away from a promotion, and instead focusing on telling a compelling story, Cricket had major success. In fact, this was the most viewed branded video for the month of November 2016, according to Brandtale. You can read the full video case study here.

In the end, to make Facebook video worthwhile, you need to think in terms of native advertising. You don’t want to stick out by putting TV commercial content on Facebook- you need to fit in with the user generated videos that your audience sees every day. If you make something exciting, fit in the right format, and keep it sharable, you’ll be off to a good start to rack in those views and ramp up that watch time report. 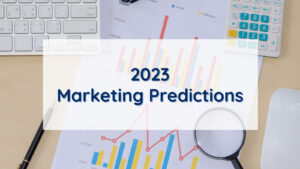 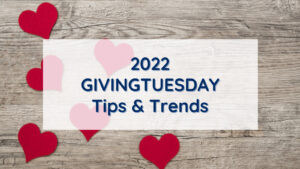 Get ready for GivingTuesday with these 2022 tips and trends 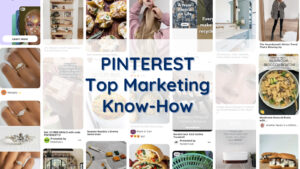 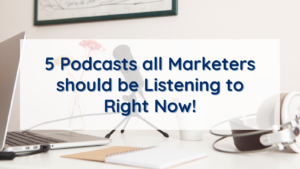 Five Podcasts all Marketers should be Listening to Right Now!